Publication in the journal Le Placoteux, by Stéphanie Gendron

Interest in a regional innovation 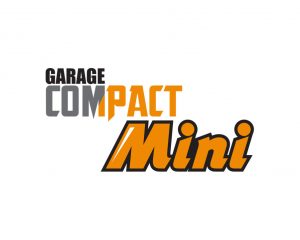 Garage Compact was founded four years ago but is now gaining momentum. Its garage designed for the undergrounds of condos, therefore in restricted spaces, is becoming increasingly known.

“With aluminium, we’re talking about a product that is good and resistant. Since it can be disassembled, it comes in a box and you can even take it with you if you move,” says Jean-François Ouellet. He indicates that the advantage for the condo owner is to buy the unit and rent it out to recoup his investment.

The team also designed a “garage” in which people can place their three waste bins.

The advantage in Quebec is that the bins won’t get caught in the ice in winter, knocked over by the wind or attract vermin. It is also designed to allow the garbage cans to withstand US hurricanes. It is also much more aesthetic. “It’s custom-made, according to the needs and constraints of the client. It can be used by restaurant owners, individuals… You can also store your bike in it, for some people, the bike is worth $10,000 and they don’t have garages and have to bring it into the apartment,” adds Mr. Ouellet.

The device can also be used on outdoor courtyard galleries to store pool, garden or BBQ items, for example.

Meetings have been taking place over the past few weeks and distributors are reportedly interested in making the aluminium garages available in several outlets across the province.

“Currently, the cutting is done at Outil Viel in Rivière-du-Loup and the assembly at Ferblanterie. However, if the agreements are concluded, we will have to increase production. We are working on that,” said Jean-François Ouellet, adding that he dreams of entering into major production and creating a factory in the region that would employ several people.

The group is also currently developing an aluminium garage for motorcycles that would simplify the storage of these machines.